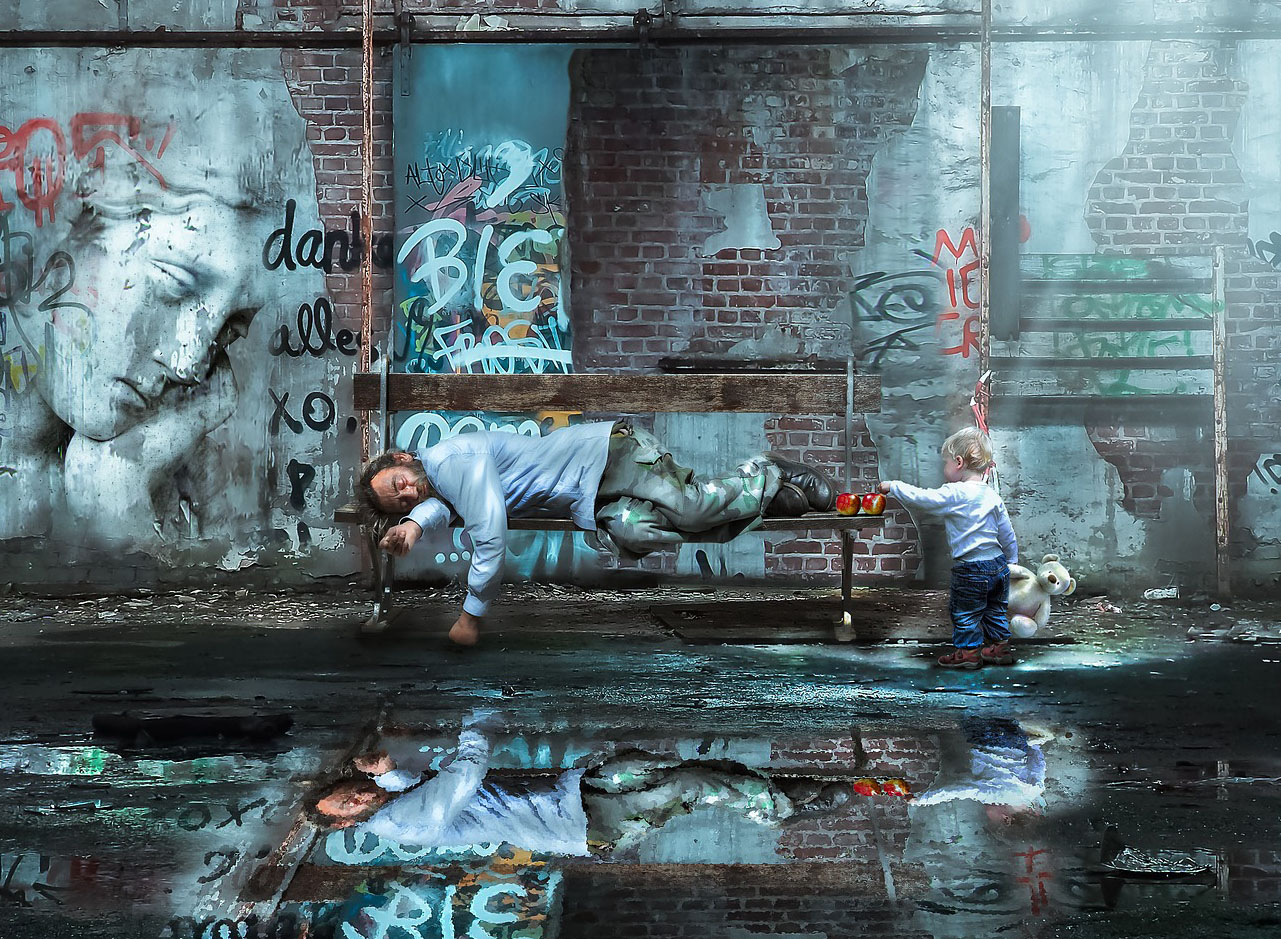 Good Samaritans in a world of indifference and apathy.

A young family blindsided by another driver is shaken to the core when they look back at the mangled wreckage of the vehicle in which they were just travelling.

How they came out unscathed from the double impact from the much larger vehicle that barreled into the back of their stationery small SUV at a stop light, spinning them out of control and finally resting in their vehicle’s side, was nothing shy of a miracle.

While the offending driver fled the scene, fellow motorists quickly ran to assist and ensure their safety until emergency services arrived.

One young man in particular who offered the family rest in the warmth of his car, when asked if he saw what happened, responded “No, I was heading home in the opposite direction and turned around to see if anyone needed help.”

A few weeks prior, the media reported of another incident in which a passerby intervened to rescue a homeless man who was being assaulted ruthlessly by two teenagers.

The ‘Good Samaritan’ suffered trauma to his head and face as he took the blows meant for the homeless man.
“Even though I got hurt, I chose to step in, I chose to intervene, I didn’t want that man to be hurt. I would absolutely do it again,” he told the media.

These true stories give us great hope for humanity. They signal that in spite of a pervasive culture of indifference and apathy in most urban societies, the spirit of compassion is not dead. People still care for others and will sacrifice their time and resources to help their neighbors and strangers.
Will you?

Jesus challenged all of us in the second half of the greatest commandment “to love your neighbour as you love yourself” (Matthew 22:36-40).

The practical application of this means, ‘whatever you would appreciate being done for you, do the same for others’ (Luke 6:31). This is the heart of compassion, a word whose root is ‘compati’ – which means to ‘suffer with’.

Proverbs 3:27-29 highlights three ways to be compassionate and ‘suffer with’ others:

The spirit of compassion lives! Just imagine how much better the world would be if it lived within us all.
How have others shown you compassion and how have you done likewise? Share your experiences and encourage others at info@chayilglory.org.